skip to main | skip to sidebar

At the centre of it all 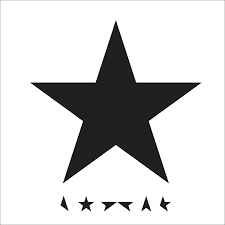 I had not thought death had undone so many

All the cool kids at the tail end of the 1970s and early 1980s loved David Bowie – the ones I wanted to impress: schoolfriends’ older sisters, nightclubbers, “raincoated lovers’ gloomy brothers”; and the boy I loved. It wasn't hard to see and hear why: there was a fascinating, unique blend of androgyny, hypersexuality and music enough to draw in anyone who was confused, fascinated, excited about music, becoming an adult, learning the skills. In 1980 I stood in the hallway of a large Edinburgh flat shyly eavesdropping on the impossibly cool teenagers in the kitchen who were listening to Remain In Light and Scary Monsters over and over again. In 1983 we went to the Edinburgh premiere of Merry Christmas Mr Lawrence (I thought Bowie’s hair was too perfectly blonde and this was its only flaw). In 1984 Callum gave me his treasured Thin White Duke badge (a much adored boyfriend subsequently lost it – thanks Stuart). When the “Let’s Dance” craze raged and suddenly Bowie was an even bigger commercial success than ever, I affected superiority because I preferred his earlier work (plus ca change). I got into Iggy Pop and Lou Reed as a direct result of my interest in Bowie but I drifted away from his music in the 1990s. Then in 2005 Peter sent me “Everyone Says Hi” and although I looked askance at first I began to discover the music Bowie had continued to make during the time I lost faith.

Probably at least partly inspired by the impossibly cool kids, my sister Claire and I bought Scary Monsters in 1981 and for me it will always remain the favourite: the sounds and the ideas often so alien, so other; guitars barking like dogs on the title track, muscular bass lines, gnomic lyrics, much of it at the time almost incomprehensible to me but in the end burned into my brain forever.

Waiting at the lights - know what I mean?

I know when to go out

I know when to stay in

And get things done


Although the span of his work is of course majestic – the swagger of “Ziggy Stardust”, the pathos of “Five Years”, the sheer exhilaration of “Up the Hill Backwards”; the brash confidence of “Modern Love”; even during the maligned Tin Machine years he was producing songs of the quality of “Goodbye Mr Ed” - his two most recent releases have had a melancholy energy all of their own. It’s amazing to think that Bowie, knowing he was dying, could produce such an incredible last post as “Blackstar”. What a triumph to create this work which would be his own elegy, unknown to almost everyone: Bowie remaining mysterious to the end.

Lyrically Bowie was a magpie, picking up fragments from different places much the same way as masters of their genre such as TS Eliot. But Eliot is not the only poet who springs to mind; there’s W.H. Auden ('he disappeared in the dead of winter…. The day of his death was a dark cold day… Earth receive an honoured guest”) and surely “Dollar Days” from Blackstar is Bowie’s “If I should die, think only this of me/That there’s some corner of a foreign field/That is for ever England”:

If I never see the English Evergreens I’m running to

It’s nothing to me

There’s nothing to see

Bowie’s sense of humour, and how comfortable he seemed to be with taking the piss out of himself,  was another thing I really loved about him. Here was someone who genuinely didn’t care what anyone else thought of him. From “The Laughing Gnome” to a bizarre 1982 duet with Bing Crosby which Bowie played nearly straight, to his non-plussed-seeming appearance in the audience for a highly mawkish performance of “Tie A Yellow Ribbon…”, to his willing guest show turns where he always seemed to be laughing both at himself and at his usually witless interviewer, to his appearance in “Extras” as himself with added vitriol, he never seemed to be worried about his image; for someone who in other ways so carefully crafted their image this is a peculiar, and loveable, trait.

My boyfriend at university, John, said to me “one day you’ll meet someone who loves music as much as you do”. I did, and of course he is a Bowie fan, having been so even through the darkest days of (unfairly) critically-panned Tin Machine, subsequent drum’n’bass experiments, and Outside. In our house Bowie was always playing. We agreed upon Bowie’s genius so many times on listening to so many different songs. We were excited by his mysterious reappearance with “The Next Day” and the wonderful and mournful “Where Are We now?” with its accompanying low-key but undeniably moving video. We were incredibly excited about Blackstar and watched the weird, compulsive, addictive video for the title track many times. The words of that song (the title of this post) have been going around my head in the last few days. I awoke thinking of them and feeling sad.

Bowie’s other incredible skill was to make the apparently nonsensical or banal meaningful just by the way he sang it: there are countless examples but one that springs to mind is from “Goodbye Mr Ed”, where Bowie sings kindly “Tolerance of violence/By the fellows with no heads”. There is always the feeling that Bowie knows more than he’s saying, or in any event, so much more than me. And  he goes on to sing “Some things are so big, they make no sense”. Which pretty much sums up how I feel about his death.

Clearly Bowie was aging but it seemed impossible that someone so vital, so creative, so full of humour and passion, could ever die; and really I think I thought that he never would (as one of my friends said, “he’s humankind’s best candidate for immortality yet”). So it felt like a huge, personal loss when I heard about his death – while lying in the bath, as it happens.

I’m not ashamed to say that I have cried a few times over the last few days just thinking about how much his music has meant to me – at the milestones of my life, and with me from the beginning or so it seems - and feeling genuinely sad about a loss I hadn’t been expecting.

Bowie is bound up for me with so many things that it’s impossible to articulate them all, but here are a few: growing up, feeling like an outsider, moving a long way away from home, love, death, birth and change. So many fundamental things it’s no wonder that when  I read this aloud to myself earlier this week I could hardly get the words out:

—Yet when we came back, late, from the Hyacinth garden,
Your arms full, and your hair wet, I could not
Speak, and my eyes failed, I was neither
Living nor dead, and I knew nothing,
Looking into the heart of light, the silence.
Öd’ und leer das Meer.

Email ThisBlogThis!Share to TwitterShare to FacebookShare to Pinterest
Labels: addictions, music makes the people come together

Just got around to this Charlotte.Its a beautiful & profound tribute to a genius.

LottieP
© 2005-2015 LottieP. All rights reserved. Reproduction in whole or in part without permission is prohibited. (All comments © the individual authors.)